“Synchronized skating is a team sport in which 8-20 skaters perform together in unison.   Teams have a choreographed program set to music with required formations including circles, lines, blocks, wheels and intersections.

Traverse City Figure Skating Club’s synchronized skating team, the Northern Lights was formed in 1999.   Over the years the team has competed at many levels from beginner to the junior level.   This season we are proud to have two competitive teams at the beginner and pre-juvenile level.   The Northern Lights synchronized skating teams will be traveling to three competitions around the Midwest this season.

at the 2018 Tri States Synchronized Skating Competition Midland, Michigan for our Beginner Team!! 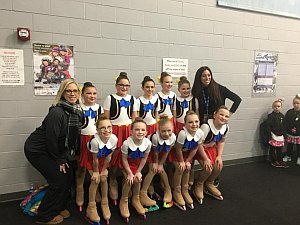 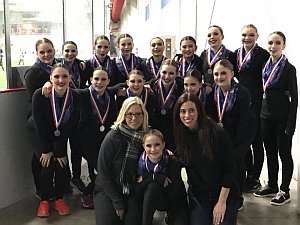 for our Juv Synchronized Skating Team!!!

These 2 teams have worked so hard 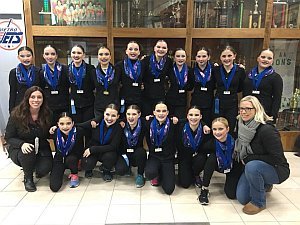 More congratulations to the Northern Lights Beginner team, they took the bronze medal at the 2018 Mid-America competition in Fraser, Mi! Good Job girls👍🏻👍🏻👍🏻 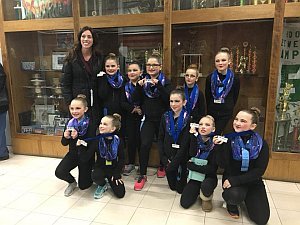 Let Us Know If You Have Any Questions!